It bears stating explicitly – as, although the literature constantly implies this, it is rarely, if ever actually stated; when we talk about ‘21st Century learning', what we are really talking about is the effective, ubiquitous, transparent availability of ICTs for teachers and students to use anywhere and anytime to support teaching and learning (Weiser, 1991; 1999; van't Hooft & Swan, 2007).

That means computers. Lots of computers. They don't even have to have glowing apples on the back of them (although that does help). And when we say computers what we are really talking about are screens, lots of screens. 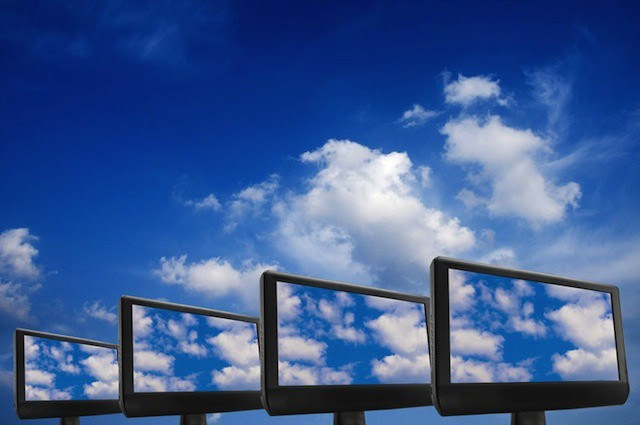 There is a growing consensus, particularly amongst educators, that students need these ‘21st century skills’ to be successful today. The truth is that the skills often touted in this context, such as the 4 Cs of,

... are not actually unique to this century at all. They have been core components of human progress throughout history, (Rotherham & Willingham, 2009).  The fact is that much of the rhetoric spouted by ardent proponents of the 21st Century movement is nothing but chronocentrism (try using that word in Scrabble), considering that these attributes were already articulated by people like John Dewey on the cusp of the twentieth century, never mind the ancient civilizations whose ‘4 Cs’ formed the foundations of our own civilizations:

What we are really concerned with here is learning in a way that is most effective in an age dominated by digital technologies. The information revolution of the past couple of decades has created an impetus, to reconsider what learning should really be about – leveraging the tools of the digital age to ensure that the skills that have been the province of the few, become universal.

What is also new are the actual types of experiences that learning in a medium where screens are so ubiquitous as to almost become invisible, I would argue that these experiences are very different to anything that has gone before.

How? I'll tell you how. These kinds of experiences, or modes of learning are being transformed by...

Now learning can easily be a ‘situated practice’ in that learning can more easily be connected to specific ‘domains’ of activity – ‘the settings, participants, discourses and dynamics of participation’ (Lave & Wenger, 1991). Therefore people may make connections between experiences even if the borders between domains seem to be highly delineated, such as home and school. ICTs enable educators to make the boundaries between school and life and work more permeable. This enables students and teachers to develop their skills, not as competencies out of context, but in ways that are authentically connected to other aspects of their learning (Davies & Merchant, 2009; Willett, Robinson & Marsh, 2009).


The ultimate power of learning using ICTs is access. This has been at the heart of the vision for these tools since they were first envisaged in Silicon Valley towards the end of the 1960s; the unprecedented access to reliable tools, “... tools to conduct our own education, find our own inspiration, shape our own environment, and share our adventures with whoever is interested (Brand, 1969; ref Isaacson, 2011).”

Digital technologies provide an unprecedented level of global access that is unique in history – a level of access that means the collective and individual success of entire societies, regardless of class, culture, or creed, depends on having such skills, not just a social or academic elite. 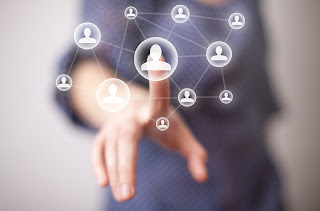 Finding facts wasn't always so easy. It's easy to forget that, until recently, much of the world's data and information was piled on the shelves of traditional libraries. And the rest of it was, “housed in proprietary databases that only deep pocketed institutions could afford and well trained experts could access” (Pink, 2006, p 102). But today, facts are ubiquitous, nearly free, and easily available. This has enormous consequences for how we work and live. When facts become so widely available and instantly accessible, each one becomes less valuable. What begins to matter more is the ability to place these facts in context and to use them effectively; it is less about collecting dots, and more about learning how to connect the dots (Godin, 2012).

Teachers are faced with the historic opportunity of teaching students to know what to do with their power to access virtually unlimited amounts of information and to extend their own learning, about almost anything. Learners today have the world at their fingertips in ways that were unimaginable just a generation ago. World-renowned lectures, a symphony of voices and opinions, and peer-to-peer learning opportunities are all a click away; and with great access comes great accountability, now the opinions of many shine the light of criticism, correction and congratulation on words and ideas that would otherwise have remained in obscurity. The comments sections on pages across the web bear testament to the veracity of this form of 'peer review' that used to be the purview of the privileged, but is now the privilege of the people.

In addition to the sheer amount of content is access to unprecedented computing power, leveraging the horsepower of super-servers situated all over the globe that are connected 24/7 has potentiality that few users of the web even grasp never mind leverage. Yet. Combining this processing power with the the automaticity that computers are adept at has the power to relieve a generation of the tedium that was common place to their forebears—freeing them to concentrate on more creative endeavours instead.

We can not only access a wealth of knowledge online, we can also be makers, creators, participants and doers engaged in active and self-directed inquiry (Ito et al, 2013). 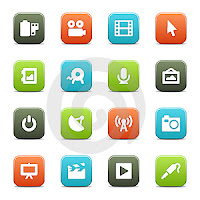 Screen centred learning means that speech and writing are already being pushed to the margins of and replaced by image and others. The once dominant page, especially in terms of the newspaper and the book, is giving way to the screen (Kress, 2005). Writing is now no longer the central mode of representation;learning materials—textbooks, web-based resources, teacher-produced materials. Still and moving images are increasingly prominent as ‘makers of meaning’. Uses and forms of writing have undergone profound changes over the last few decades (Bezemer & Kress, 2010). Two trends mark that history; digital media, rather than the (text) book, are quickly becoming the preferred medium for distribution of learning resources, and writing is being marginalised as image becomes the preferred form for representation. Users of the screen who have several windows open at once – chatting, browsing the internet, listening to music, are engaged in forms of ‘attention management’ entirely unlike the retreating, reflective modes expected when reading traditional written text. 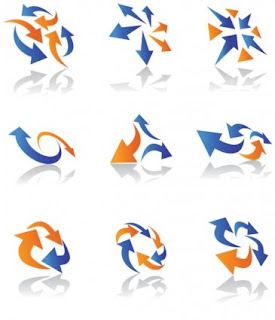 Texts are becoming increasingly multimodal, dynamic, fluid, multiply authored and ‘shared’ and, as a consequence, provisional. The humble 'undo' tool is arguably one of the most transformational ways of working ever conceived, it is the one screen tool I fervently wish I could use in real life.  This means that the screen is extremely forgiving, much more forgiving than a piece of paper—it will let you back out of almost anything you do, which is revolutionary when you’re engaged in the ultimate pursuit of  learning. The ability to undo, go back or escape is immensely reassuring—you know that you can always undo something if you get it wrong, which leads to an unprecedented sense of confidence— confidence to play and experiment.

Through this experimentation and play we learn and with knowledge comes a confidence in our own abilities. With the advent of the unique attributes and affordances of the screen ‘mending, mashing, and making’ has never been easier – by incorporating image and/or video – these can have a profound impact on the way people consume and create. As Kress explains in his contribution to Gillen & Barton’s research briefing on digital literacies, this 'multimodality' is revolutionising communication (Gillen & Barton, 2010). We can no longer treat image as merely decorative, or even just as ‘illustration’; images are now being used to make meaning just as much – though in different ways – as writing. 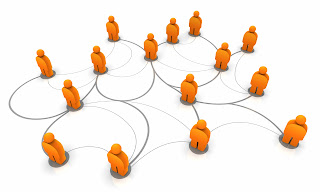 We are in a period that could be characterised as a ‘fruitful turbulence’ in education (Kress, 2010). The Internet created a massive shift in how we access vast amounts of information and in the way it enables rapid communications. But the shift to what is currently termed ‘Web 2.0’ – the online tools that facilitate creative collaboration, (which are in many ways at the heart of this social learning transformation) promise to be even more disruptive, blurring the line between producers and consumers of content, and shifting attention from access to information toward access to other people. With these powerful ‘social learning’ practices, (Gillen & Barton, 2010) it is apparent that there have (already) been great changes, with far more people becoming involved in online social networking and online communications increasingly involving more than just two people. 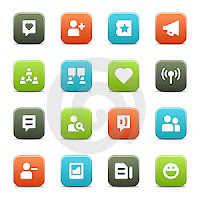 It is this ‘Web 2.0’ shift towards creative participation that is another potentially transformative aspect of teaching and learning. Much of our knowledge arises from social interaction – whether we learn, and what we learn, depends on our relationships with others. Sometimes these relationships will be the traditional one of teachers interacting with learners, but increasingly this involves learners interacting with other learners – the role of the teacher is shifting away from managing a teacher–learner dynamic towards coordinating or mediating peer learning (Luckin et al, 2012). New forms of multi-user collaboration are ubiquitous now that ‘free’ tools such as 'Google Docs' can be edited by different users, working in synchronous – and perhaps more excitingly, asynchronous ways. This ‘asynchronicity’ enables students to,

“learn in and out of school, through activities that start in the classroom and then continue in the home or outside, enhanced by technology that reinforces, extends and relates formal and non-formal learning (TEL report, 2012, p 9)”.

Since students can express their thoughts without interruption, they have more time to reflect and respond than in a traditional classroom (Shea, 2003]. This ‘peer-based learning’ is characterised by “a context of reciprocity”, (Ito et al, 2008, p 39) where participants don't just contribute, but also comment on, and contribute to the content of others. This practice is already becoming relatively seamlessly integrated into the fabric of the classroom so that dialogue and pupil collaboration can be enhanced and extended, (Garrison, 2004) a cooperative combination of multiple interactions, which is indicative of a new, collaborative pedagogical practice.

Welcome to the 21st Century. It's not about 4 Cs, it's about SAMMS, it is learning which is transformed by:

Gillen J and Barton D (2010). Digital Literacies. A Research Briefing by the Technology Enhanced Learning phase of the Teaching and Learning Research Programme.

Kress G (2010). The profound shift of digital literacies. A Research Briefing by the Technology Enhanced Learning phase of the Teaching and Learning Research Programme.