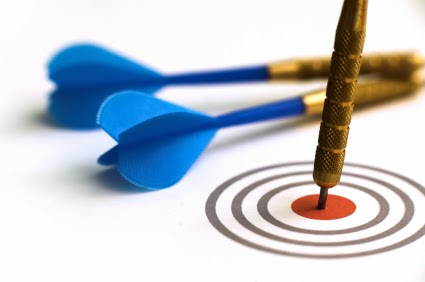 One of the first goals we were faced with on our first visit with the T2T Cambodia team was to really establish what the fundamentals of a lesson need to be. It is not until you are forced to defend your rationale for the structure of a lesson that some of the issues of semantics really do come into focus.

With some seasoning from our recent workshops in formative assessment with Dylan Wiliam, this quickly morphed into something a little more nuanced ... When combined with the  5 key strategies of formative assessment, the first three of which are more or less synonymous with the traditional lesson structure...
[Students as learning resources for one another
Students as owners of their own learning]

And before you know it, with a room full of teachers, it looked like this:

Now trying to explain all that though a translator to a room full of teachers in a room without air conditioning in a temperature in excess of 30° with only the most rudimentary of teaching resources...

What I have found is that you find yourself having to distil everything down to the absolute bare essentials which for me now look something like this, something which funnily enough has enhanced my own understanding of my own practice an intern hopefully improve my practice as a teacher.

For me it is ended up being as simple as:

But, and this is essential, it has to be iterative.
[Aim, achieved? Great. No? Either change the activity (or maybe even the aim) then try again]

Getting the Aim right is CRITICAL, if the aim is any good then in order to achieve it you will have to move through a series of "objectives" which will automatically require the achievement of "learning intentions" and the design of an activity that facilitates those goals, but that ultimately has one outcome, the achievement of the aim...

The last IT lesson I observed had learning intentions of:

But what was the AIM? And a well considered aim would make the individual learning intentions redundant. Of course the aim has to be worthwhile, authentic, meaningful… in this case because it was a FOCUS lesson I was able to intervene and redesign the lesson with the teacher) right there, right then. What we did was establish an aim which in this case was...

Use a table to compare a range of at least 5 career opportunities that interest you. Consider the following aspects of each of the occupations you have chosen:


With a well-written aim, the specific articulation of learning intentions naturally follows, agonising over them is no longer actually necessary as they will have to be identified in order to fulfil the aim of the lesson. Don't they need to be expanded? Articulated in sentences? I don't think so, any teacher worth their salt will out the mat on the bones, and hopefully also provide feedback in relation to those specific learning intentions, whether or not they actually need to write them on the board is another question.

What was even better about this was that it quickly became obvious that there were quite a few aspects of the occupations that interested students that none of us were in a position to answer… for example salary, instead we asked the students to estimate what they think the salary per month would be, the we did the same for  of the other aspects of each of the qualifications that they chose. Then (using the student resources for one another) we are the students to compare their work… this sparked some passionate discussions as some students had (for example) the lowest paid as a police officer while other students had the police officer highest paid… Discuss!

What was fascinating is when we get the students to then research online to find out what the actual answers are and then compare the estimates with the reality and then to reflect on the disparities or consistencies that they found.

What started out as a rather banal activity in table creation and meaningless data entry became a transformational lesson in career guidance while also fulfilling the (arguably more mundane) ICT requirements. It's all about the aim.
Posted by Sean at Thursday, April 07, 2016

Email ThisBlogThis!Share to TwitterShare to FacebookShare to Pinterest
Labels: T2T