So Tech is JUST another tool? Really? 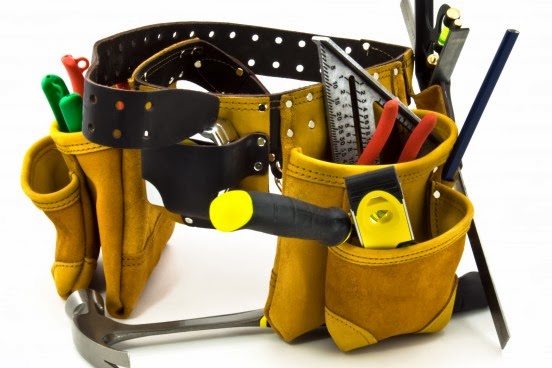 'Tech' is not 'just' another tool.


Defining digital technology as 'just another tool' is true, but it is also a massive understatement.

It's akin to describing...

I could go on, but you get the point.

This word 'just' in this context is demeaning, it is naively dismissive, it is ... diminutive.

To move the comparison to a more familiar context, ie that of tools, tools hewn by humanity from the husk of the earth, it's like describing planes, trains and automobiles as 'just another form of transportation' ... Which of course they are.

But ... isn't that a little disingenuous?

... Just take a little time to think about the impact that even 'just' the aeroplane has had, technology that moves 'just' hundreds of thousands of people every day, at speeds in excess of 500mph all over the planet. Think of the impact of this technology, upon commerce, culture and communication you will realise that it is far more than 'just' a form of transportation, it is an application of technology which has had an absolutely revolutionary impact on life on planet earth in the 20th Century—more than the bicycle? Yes.

The impact of digital tools or technologies on life and learning in the 21st century is going to be arguably more revolutionary than that of the chalk and the blackboard or the pencil and paper in the 20th century. Why? Because ICTs encompass so much that preceded them, but when the transformational attributes such as situated learning, unprecedented access, mutability, multi-modality and the sheer synergy of social networks (SAMMS) are added? You have a tool with a capacity and a capability beyond all tools, especially when it comes to learning.

Does this mean I have nothing but scorn for the rudimentary (battery free) power of the humble pencil and page? Of course not, teachers from have been transforming learning with these kinds of tools (and less) for millennia, but clinging to JUST the tools of yesterday when you have the option of using the tools of today and tomorrow, is like opting to cycle from Singapore to London when you have an airline ticket.

Can you? Yes. But should you?


Digital technology. It's not 'just' another tool, it's THE tool of the 21st Century.