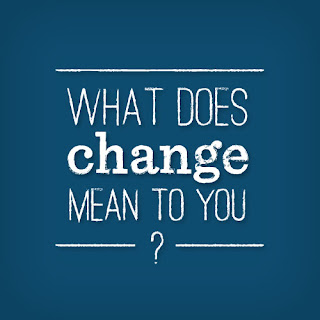 For many teachers that I encounter in the day-to-day of teaching digital technology/tool integration, the answer to this question, is something like—

Why? Because they hear of, or read things like this:


"Technological Knowledge (TK) Technological knowledge is always in a state of flux—more so than content and pedagogical knowledge. This makes defining and acquiring it notoriously difficult. Keeping up to date with technological developments can easily be-come overwhelming to time-starved teachers. This also means that any definition of technology knowledge is in danger of becoming outdated by the time this text has been published." (p 398)

"...the rapid rate of technological change ensures any knowledge gained about specific technologies or software programs would quite quickly become out of date" (p 151).

These kinds of quotes highlight an issue that has been bugging me for a while, the gist of it goes... "What? Learn ICT skills? What's the point? It all changes so fast, by the time we learn how to use one application it will be obsolete. So, why bother? which usually translates as ... "Let the kids do it, but ME? Me, I'm sticking with tools that I know from the 19th Century."

If theres's one thing I've learned about digital tools/technologies since I first started using them in earnest in the late 1980s, it's this:

... in truth, it's the beginning of nothing.

And nothing has changed


The more things change, the more they stay the same.


So digital technologies develop at a pace of change that is impossible to manage/keep up with?

How much has the way we USE digital technology really changed though? Speed, capacity, availability, yes, but use, not so much... Anyway, the same could be said of planes, trains, automobiles - more capacity, greater speed, more availability than ever. Changing capacity is not the same as changing capability.

If we reflect back to the ‘dawn’ of TEL in school in the 1990s, there were five overarching domains of computer use:


Text, image, audio, video, data. A sixth, ‘control’ was a core element of the ‘IT curriculum’ back then, but proved more difficult to integrate successfully. Ironically, two decades later, based on the recent alarmist rhetoric around a dearth of ‘coding skills’ it would seem control is back, albeit with a slight name change.

So, back in the 1990s when I first started teaching with computers there were 5 domains* of computer use, and here we are 2 decades later, and what do we find? The domains remain the same, the skills have evolved, but not much, and the conventions and tools? Identical, to the point of being nonsensical to this generation... A floppy disc icon to save? Really? An hour glass for wait time in Windows?

The truth is change in Tech happens more slowly than you might think, sure there are people out there attempting to, for example, rethink the design of the ubiquitous save icon, but these conventions have over two decades of embedded use, people like you, people like me, and even the generations who never used floppy disks know what the save icon means, despite its incongruity—so to say change is relentless, in this context, is nothing but  misleading.

CDs and DVDs are now almost obsolete, arguably with the recent advances in voice recognition, keyboarding could be next, but they're not dead yet, they are still hanging on... When digital tools change, they change gradually, incrementally, and obsolescence, while inevitable, happens sloooowwwllly. 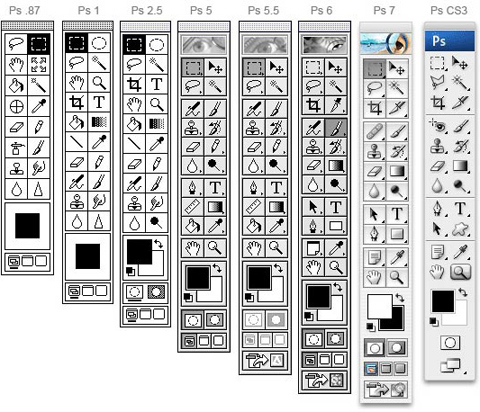 Nevermind the day to day icons we use for navigation...

Granted, computers are getting smaller, while their capacities grow larger, along with their processor speeds, drives are smaller [physical size], yet bigger [capacity] and faster than they've ever been, but all these changes do is make what we've always done EASIER, not OBSOLETE.

Change in terms of ICT skills are far from relentless, in fact, if anything, they are relentlessly, frustratingly, languorous... The domains are the same, and the core skills are virtually unchanged after 2 decades of relentless computer use, design and development.  Think about it for a minute—mouse skills? Keyboarding? Even overarching conventions like drag and drop, desktops, drop down menus, clicking on icons to give commands... Here's some skills from a document that was used by a school I worked at in the year 2000, see anything that is obsolete? Not much.

And that's about the only out dated reference I found in the entire scope and sequence, other than a reference to CDs and Laserdiscs, that was about it...  So are the core ICT skills that are a prerequisite for success in the 21st Century changing too quickly to bother to learn, or teach? No. But there HAS been change, oh yes,  I'd argue the biggest change is:

It's never been easier to use ICTs, or to learn them. Time was, to edit video, you'd need a specialised machine, dedicated hardware and software, designed for professionals, with a learner curve steeper than Mount Everest. With advances in internet speed and connectivity from dial up to BroadBand,  a lot more can be done online than before. But they are the same things! Thumb sticks have replaced floppy discs, but they are still 'drives' that are inserted, read and written, and ejected, and ... lost.

With the advent of 'Web 2.0' all four of the five domains can now be practised right in a web browser, no software installation needed, and they are (by and large) free. Video is a little tougher to edit 'in the cloud' but it's coming, YouTube already provide basic editing tools, and services like WeVideo.com are pushing back the boundaries of web based idea editing every day.


Catch up vs change

The fact is that many, maybe even most teachers pretty much ignored the tech revolution that gradually unfolded since the 90's, it hasn't actually changed much in those intervening couple of decades, but the fact remains that 20 years of cumulated skill is a lot of catching up to do. THAT is the problem, not the rate of change, the considerable amount of catch up required. Catch up and change are not the same thing.

So let's stop whining about the futility of learning ICT skills and get on with it, they've stuck around since their inception, I dare say they'll be around for a little longer. The question is not WHY learn ICT skills but HOW? A subject I have written about here. 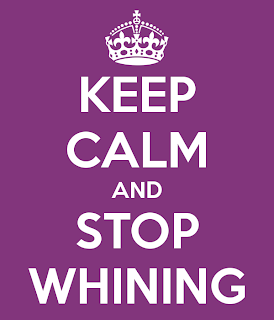 I am not saying that digital tools do not present a unique challenge, when compared to their traditional counterparts, say... a pencil or pen and paper etc. Regardless of change, the sheer AMOUNT of digital tools are overwhelming, and increasing at exponential rates every day, to an extent that completely and utterly dwarfs the range of options and tools that would have been available to a teacher even 10 years ago. But, and this is worth repeating, I would still contend that regardless of their proliferation, the vast majority of the 'revolutionary' tools on offer stay well within the comfort zone of the 5 domains I have outlined above (6 if you include control/coding). Sure they might dress the context up a little more effectively, or introduce a clever mechanic, say ... touching instead of clicking, but the fact remains that while the mode may have changed, the medium has not. The same transferable conventions, the same iconography, the same procedures remain, regardless of the form factor of the device, the speed of the processor, the storage capacity, or indeed the sheer availability of these machines in recent years.

Dealing with the Deluge

So, the time invested in mastering or at least embracing core ICT skills and conventions are as relevant as ever in the face of this onslaught of pixelated promises. What is also important is to have an effective filter to manage the phenomenal proliferation of digital tools—on, literally, a daily basis, more tools with funky and not so funky names emerge into a market place already filled to overflowing with a veritable cornucopia of competitors. If you're fortunate, your school hopefully already has a dedicated tech integrator to stand between the teacher and the tsunami wave of digital applications, utilities and all sorts of 'Apps' boasting their pixelated promises to 'save you time' etc. 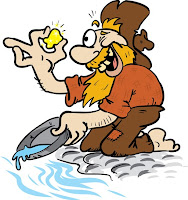 And if you don't? Then by all means ignore these 'wonders of the web' until you do. Yes, sometimes lurking in the sludge of similarity (and revolutionary? not really...) is the odd golden nugget of greatness, but it's not going to terribly affect your teaching to miss out on those. If that is not an option for you, then arm yourself with some effective filters and, like the prospector who wades through the mediocre, seeking to root out all except the most worthy, you can then bring the odd truly terrific tool triumphantly back to your team. Not that they will be as excited about as you will be. Yet.


* If anything at least one domain that has been and gone is back and currently experiencing a renaissance - computer coding, anyone?
Posted by Sean at Friday, July 26, 2013